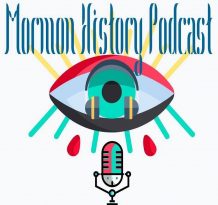 Today I talk about Historical events surrounding the current Section 89 in the Doctrine and Covenants called the Word of Wisdom.

Chastised for not blessing: A President of the Elders’ Quorum, old father Baker, was called upon to visit a very sick woman, a sister in
the Church; they sent for him to lay hands upon her. It was a very sickly time, and there were scarcely a
person to attend upon the sick, for nearly all were afflicted. Father Baker was one of those tenacious, ignorant,
self-willed, over-righteous Elders, and when he went into the house he enquired what the woman wanted.
She told him that she wished him to lay hands upon her. Father Baker saw a tea-pot on the coals, and
supposed that there was tea in it, and immediately turned upon his heels, saying, “God don’t want me to lay
hands on those who do not keep the Word of Wisdom,” and he went out. He did not know whether the pot
contained catnip, penny-royal, or some other mild herb, and he did not wait for any one to tell him. That class
of people are ignorant and over-righteous, and they are not in the true line by any means.
JD 4:24, Brigham Young, August 17, 1856

Lobelia: If the Saints of God actually have the faith of the ancients, let them practise the doctrine in their works. A man
will tell me that he is a “Mormon,” that he believes in the faith of the ancients, when at the same time he
practises everything else but their religion. My rule is to practise our religion. If I want a drink of catnip tea, or
of composition, or of lobelia, it is all right, but I will first practise my religion. You know that it is hardly
allowable in Utah to drink any more than five gallons of lobelia at once, for the Assembly of Deseret once had
the matter under consideration.
JD 2:276, Jedediah M. Grant, March 11, 1855

Poisoning: It may seem incredible especially to the young people of the Latter day Saints that men could be so wicked as to seek to destroy the Saints by poisoning them but such has been the case and but for the preserving care of God and their observance of the Word of Wisdom many would have died thus from poison placed by their enemies in tea coffee or other liquors which they were expected to drink The only absolute safety from such disaster is in entire abstinence from those things which our Heavenly Father declares are not good.

To contact a specific podcast host or to contact the podcast generally please email MormonDiscussionsPodcasts AT gmail DOT com
Thank you for reaching out!!!

Support the Podcast and Donate Today

Mormon Discussion Podcast supports listeners in their faith transition and encourages them to lead with faith. Donate today to a good cause while supporting Latter Day Saints like you! Your Donation is 100% tax deductible